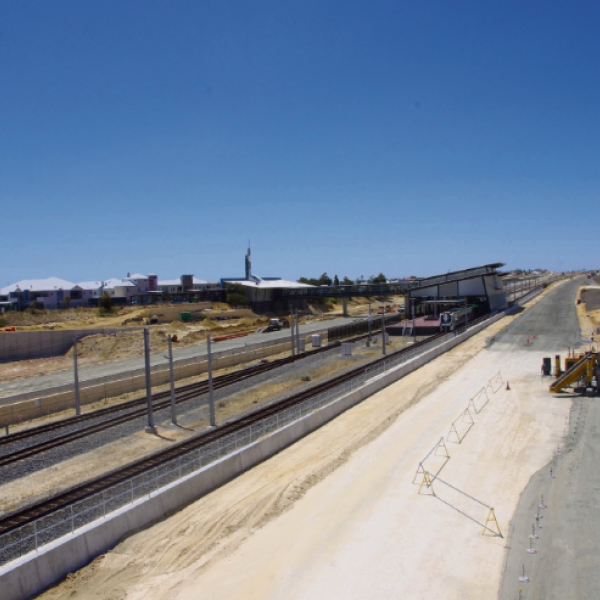 The Mitchell Freeway extension to Hestor Ave is shaping up as the $236.3 million project remains on track for mid 2017 completion.

Main Roads spokesman Dean Roberts said multiple milestones were achieved during the 2016 construction, including the movement of 1.7 million cubic metres of soil and rocks during earthworks, installing 54 bridge beams for three new interchanges and building 3.5km of residential noise walls mostly along the western side of the extension.

“All 54 of the project’s bridge beams have used an innovative monolithic design to reduce construction materials, including savings of 1300 tonnes of concrete and 108 tonnes of steel reinforcement,” he said.

“The bridge beams were installed under strict rail-shutdown periods and within tight work spaces.”

The innovative design of the freeway interchanges at Neerabup and Burns Beach roads and Hester Avenue incorporate roundabout-controlled on and off ramps rather than having signals.

Other features include using open-grade asphalt in the freeway road surface, estimated to reduce the tyre noise by an average of about 2.5 decibels compared to dense-grade asphalt.

Mr Roberts said key sustainability trials would get under way this year, including using LED lights along the freeway. “If the trial is successful, Main Roads will consider the option of upgrading the Main Roads network to LED lighting, to reduce long-term running and maintenance costs,” he said.

A 15 per cent mix of recycled and crushed glass will go into the road sub-base along a 150m strip of Wanneroo Road as another trial, which could be used to reduce landfill, the reliance of virgin quarry sites for limestone and energy involved in producing road building materials.